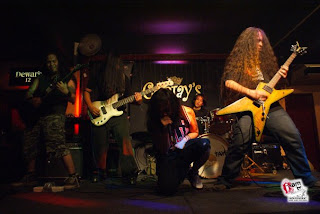 Pentavia took everyone flying on their rocking journey at Cee Jay’s! What was an awaited event on the 11th of December 2009 turned out to be an amazing night for all. Pentavia got a hold of i-amtv and made their way here to KL for a gig in return for a FREE music video (of the live performance) by i-amtv.

Just a brief introduction: the 5-piece band consisting of Skin on drums, Andrei Agulto on bass, Ten "BusDriver" and Joks Reyes on guitars and Vlad Pullarca on vocals. Formerly known as Soultribe, this band from the Philippines describes their sound as ‘magic metal’. They just released their debut album ‘Mandirigma’ recently, which features 9 original tracks. 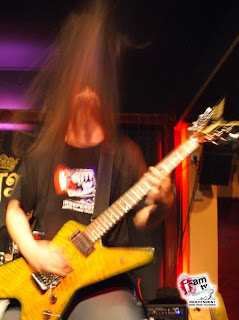 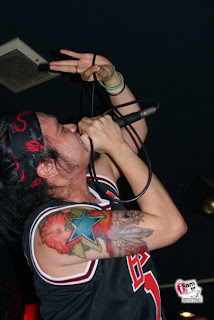 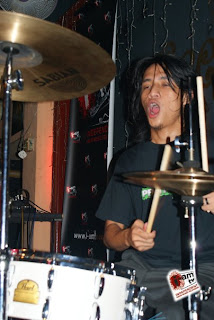 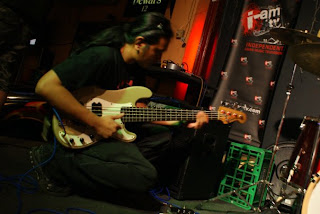 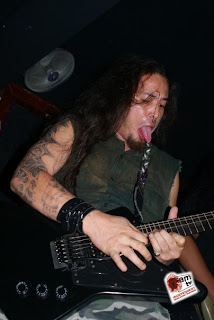 The crowd was trickling in as the band set up on stage at Ceejay’s.  There were also a few people from the Malaysian local music industry that came to show their support for the band and i-amtv, namely Love Me Butch, Maddame... and friends from Laguna Records.

“Highly amplified guitars and gut busting bass licks blend with the drums while the vocals belted out in a manner far imagined.” That was how their music was described on their blog, and that was the exact depiction of how the music sounded that night. Pentavia held nothing back as they played to their popular songs, Invasion, Busdriver, Rekta Kontrabida and Demons and Angels, just to name a few.  The band took the stage with blistering guitar solos and strong vocals while the crowd was going wild on the floor. In bursts of lights and blasts of loud music, the one hour gig ended leaving some tired (after all that head banging action) and many as satisfied music lovers. We left with our thirst for some heavy energetic good music quenched, all thanks to Pentavia!

Not only was Pentavia interviewed on i-amtv, but when the organizers of “The Weekend Session” heard of their coming to Malaysia, i-amtv hooked them up and they had another interview session with them. This will be featured on their program so do check it out. 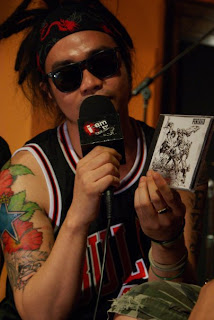 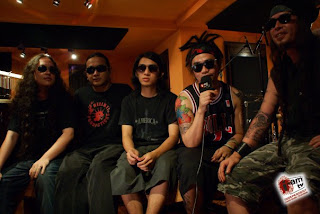 i-amtv would like to specially thank Chris for providing us with a great venue that night.

We wish Pentavia all the best and that their fan base grows steadily across the globe.You gotta check out their album. Please purchase it or you don't know what you're missing. With that, i-amtv leaves you with their new music video, courtesy of i-amtv. Enjoy!