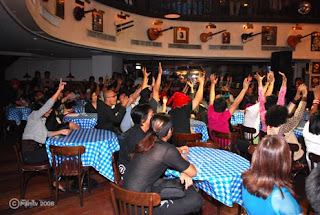 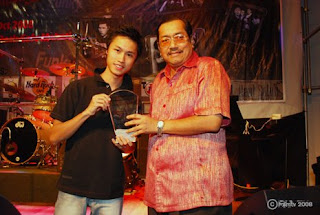 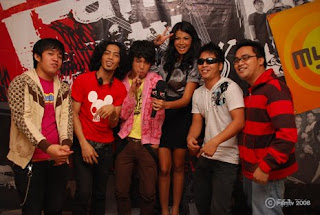 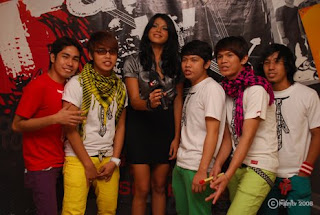 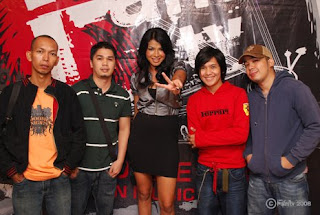 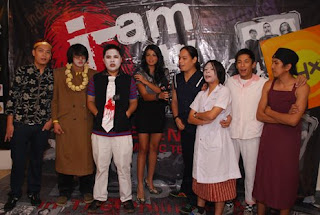 Finally, the much awaited debut of I-amTV was held at the Hard Rock Café Makati, Philippines. You can imagine how excited we were, with all the preparation we have done to make this event possible.
2 bands from Malaysia (Deja Vood 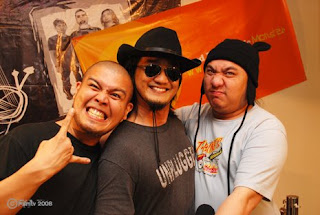 oo Spells and One Buck short were on the line up of bands to play, alongside 10 bands from the Philippines (Moonsiren, Airport Drama, Pentaspiral, Carpe Diem, Codename Adobo, Killer Kamatis, Tanya Markova, Hija, Tabass and Pseudonym). In addition to the line up 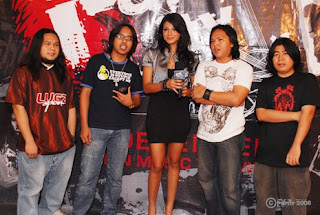 , the winner for the undiscovered Drummer under 18 category Arthur Kam from Malaysia was also set to take the stage.
Of course the event will not be complete without our 2 lovely Vee Jays Vanessa and Za!

So let me tell you what happened that day beginning with the morning of the event.
The 2 bands from Malaysia had a very early flight. They had to be at the airport by 4:30am (time given bearing in mind the “indie layback syndrome”).. Okay, they admit it, t 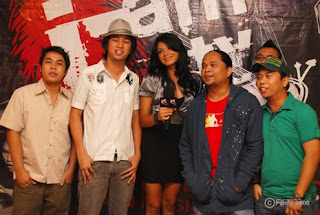 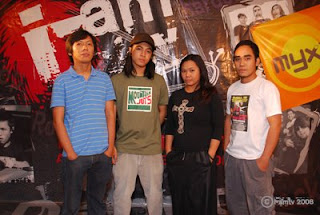 of sleep. Imagine a kid who is going to go on a field trip to Disneyland the next day, that is how everyone felt. Some of the guys had to resort to a couple of beers to stay awake. Finally when everyone got together, they checked in.
One band member totally forgot about the airport security and he decided to wear (specifically for the Hard Rock, Makati event) a great BIG belt buckle which had a 2D design of a gun and bullets. Obviously he got stopped. He was given a choice to either dump his gear or check it in. As if luck was playing against him, the check in counters were closed but things turned out fine because they had luggage lockers. So we almost “lost” one band member even before they got on the plane. 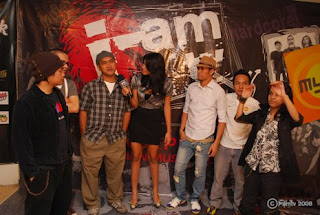 The passengers at the waiting lounge had a very “rude awakening.” They were probably expecting a very peaceful trip until a group of 15 misfits came barging in. It was ROCK ‘N’ ROLL BABY!!!
Have you ever seen the movie “Soul Play”? It was like that on the plane. We had a mini casino, minibar and lotsa musicians. All self made of course!
And so we landed at Clark airport, but the Malaysian group was not aware that the ride from Clark Airport to Manila was that FAR away. Ironically, the bus driver had to stop to pee.
Upon arrival, bands had their lunch, checked in and went straight for sound check.

During lunch, one of our ‘heroes’ decided to have more beer on the streets. Looking obviously like a foreigner and ignoring the previous announcements about public drinking, our ‘hero’ was stopped by a police officer. But thankfully things got sorted and our ‘hero’ was not arrested.
So that was all the excitement coming from the Malaysian side, let’s move over to the Philippine side of the story:

Things were being sorted at the venue. And just like what you can expect from the Rock and Roll days. Shit happened!
-Set up was late.
-Sound check was delayed
-Bands were extremely late (we are talking like 4-5 hours for some of them).

And certain screw-ups which are pretty normal in an event. But of course all went well at the end. 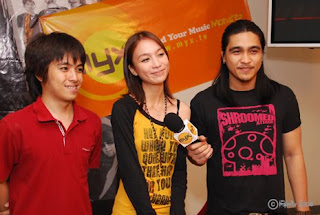 i-amtv had a special feature segment for bands WITHOUT music videos. Bands performed 2 songs. In return, i-amtv will edit the video and give it to the bands FOR FREE! (One of the things that we do to help bands without music videos own one). For bands out there without music videos, you know what to do!

We were overwhelmed by the response, the positive feedback and support given by the indie community in Philippines. Thank you so much! 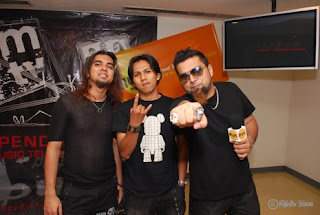 It was great working with the team. i-amtv specially wants to thank: Hard Rock Café (Calison and the team for sponsoring the venue and making things possible for i-amtv), Chuck for all the articles and media release, Concepto and the technical guys for their cooperation and enthusiasm to making this event a success. Marnie you were great!, Karim for coordinating with the rock n roll boys, Steve, our i-amtv CEO for coming all the way from Dublin for the event, ABS CBN (MYX) for supporting i-amtv , Go Channel and the media. To everyone, the show will not be a success without you. THANK YOU! 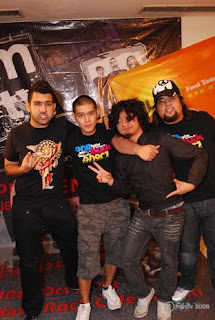 As expected, the rock n roll continued after the event. No one slept again. Malaysian bands went back to the hotel and were excited to see a Halloween parade (something not so common in Malaysia) outside the hotel. The mood changed when the driver told them that it was the local gay parade (which is again something you don’t really get in Malaysia). What started out as excitement ended up in cultural shock..

Drunk, hung over and… (I don’t think we wanna go there), it was time to check out. Yet the rock n roll still continued. Some of them decided to bring back souvenirs (like room towels and stuff). However, the hotel management didn’t look at it that way.

To add to the mischief, apparently you will be fined if you smoked in a non-smoking room/floor. Rock and roll was at its finest! As if to make matters even more exciting the Malaysian groups were just about to miss their flight, with all the above matters to sort out. But thanks to our fantastic F1 van drivers, they still reached on time (with yet another pee stop by the roadside by the driver)

It was one hell of a night, but surely its one to go on the history books of the Asian independent music scene!

To all the bands that performed that night. I-amtv will be putting up the guestbook so check out what you wrote. For more pictures, please visit our myspace or website at www.i-amtv.com

And to the bands who are waiting for their MUSIC VIDEOS, it should be ready soon so stay tuned.