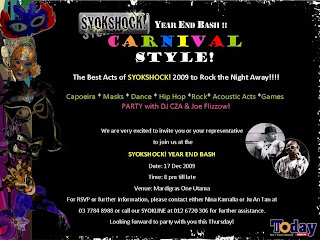 After sixteen nights of inimitable talent and incredible performances, SYOKSHOCK! Student Night draws to a close with dramatic flair as well as the amazing student acts you’ve come to expect. Bringing to you the crème de la crème of our SYOKSHOCK lineup, four of the best acts will be performing this December 17th 2009 at Mardigras One Utama.

Celebrate the start of the night with a mask and enter expecting only to be blown away by the beautiful Esty from IACT, Rosevelt, A Ruthless Cleansing, I-am tv’s recommended bands (LOVE AS ARSON and SAM), dancers from Bantus Capoeira, solo performances and hip hop acts. And proving once again all that makes SYOKSHOCK! special, Joe Flizzow and DJ Cza will be bringing down the house with heart thumping hip-hop beats on the decks.

But it does not end there: the icing on this carnival-cake is that guests can participate in the inter-college games and stand a chance to win attractive prizes sponsored by Universal Music, and so much more.

Scheduled to begin at 8.00pm, this night promises to bring together the best there is in a student’s life – live sounds, great performances, and the chance to mingle, mix and meet new people from different colleges and universities. How can you refuse?

Admission is free for ladies all night, Men RM 30 after 11 pm including 1 free drink. 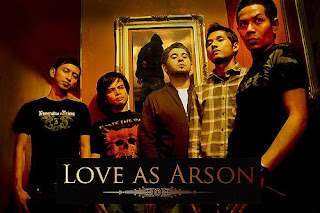 LOVE AS ARSON -  the Malaysian East Coast answer to Post Hardcore, a collective of five friends celebrating life and love; everything in between; and lack thereof; through a common understanding and likeliness in hardcore music. Formed in 2005, the band came from Grace Division, a melodic hardcore outfit playing music in the veins of Shai Hulud, Ignite and Stretch Armstrong. Grace Division recorded one EP entitled "The Hate That Hate Produce"(2001) which unfortunately never saw the light of day. After a few line-up changes and constantly exploring various musical styles, the band decided to settle with the moniker "Love as Arson". Comprising of 5 band members, Love as Arson = Afzal (guitars) + Mohasni (vocals) + Nasaudin (guitars) + Shahrudin (bass) + Bakri(drums). Influences vary in the band, as each band member draws personal favourites and brings something to the table. 2007 sees witness as the breakout year for Love as Arson, who came out with their first full-length/first ever release entitled "...and They Fall For Australis"(2007). A mixture of post hardcore and a vast array of emotions, this release marks the start for Love as Arson. A debut heartfelt by many sounded an alarm for them to kick start again by recording new songs on their upcoming EP, THE HANGOVER. The end of adolescence; catchy choruses in the intensity of He Is Legend, Funeral For A Friend and Boy Sets Fire; chunky metal-core riffs with heavy breakdowns meets dreamy strings quartet; they, speak of a profound love..A love that is on fire.. 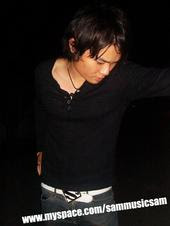 SAM – is a dude who writes, produces and arranges his own music from his bedroom studio in Puchong. He plays the bass, guitar and keyboard for his own recording sessions but as for live shows, he gets a band to back him up while he is on vocals and guitar. According to Sam, his grandma bought him his firs kapok guitar at the age of 16 for his birthday and he used to hang out at JD’s (Pop Shuvit’s guitarist) studio after school. He was then introduced to music production and not long after, he began singing for jingles. In 2008, he released his first single “Aku Seekor Kuman’ on local radios and soon was yet another song “Crazy” which reached number 2 on Hitz.FM Met 10 Charts. He was also nominated for “Best Pop Song” in the VIMA 2009 Awards.

So don’t miss a night of music and passion. Bring your friends and enjoy the closing night of Syokshock Night and we will be back in 2010 with more exciting shows for your entertainment. See you there! 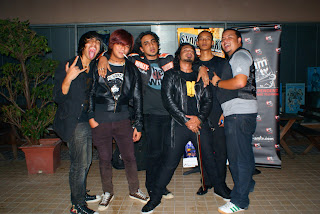 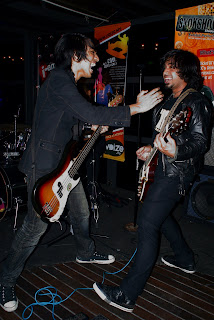 SYOKSHOCK ! Student’s Night, bridges the gap between the Malaysian Today readers and their favorite habits; playing through a regular night dedicated for students to unwind and have fun. It is also to celebrate and empower young creative students, allowing them to use our platform to showcase their work while giving them an exclusive opportunity to mingle with other students from various universities and colleges.

This event also hypes up the local and international indie music scene to the readers of Malaysian Today and they feel that i-amtv will be another platform for them to expose their talent.

i-amtv has the privilege of participating at least once a month whereby, one of our selected bands will be given the opportunity to perform. This band will be given a music video in return of the performance, COMPLIMENTARY from i-amtv for their participation, and this video will be used on i-amtv to promote the band.

Here are more pictures on past SYOKSHOCK Nights: 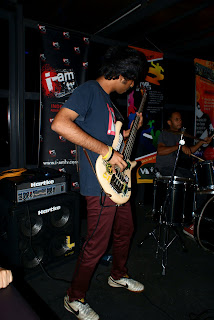 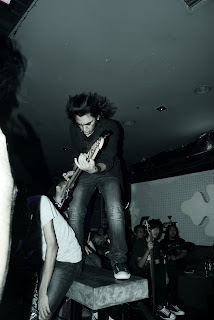 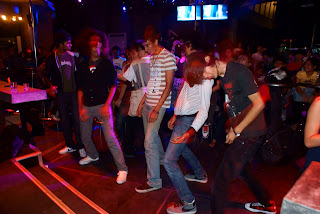 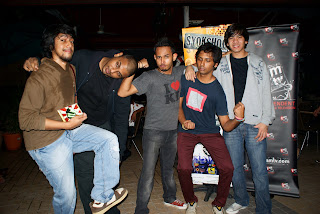 Please stay tuned for the next SYOKSHOCK event coming up on 17th of December at Mardigras, One Utama.